As we neared 40 weeks, I was getting anxious. Mostly because I wanted to meet her so bad it hurt. I tried everything to get her to come a little early. I bounced. I walked. I ate pineapple. I drank raspberry leaf tea. Nothing. I’m such a planner so this part of not knowing when she would make her appearance was killing me. Mind you I was at week 37 when this anxiety set in. All the advice I was getting was saying that first babies usually don’t come early and that I should even be prepared to have her late.

A few days into week 37, I started having contractions at night. They would wake me up and I would start timing. It was weird because the pain was mostly in my back but also in my pelvic area. Since Collins is my first, I didn’t really know what to expect when it came to contractions. The pain I was feeling felt like bad period cramps but it wasn’t unbearable. This would go on for a few hours and then I would go back to sleep, waking to find that I hadn’t gone into labor yet. This happened for a few more nights then stopped.

On Sunday, January 27th, Chris and I woke up and got ready for a pancake breakfast at our favorite spot followed by a few errands. We spent a few hours going all over town and it was really fun. We were in the moment and something about that morning felt so productive all while spending quality time with each other. Little did we know that would be our last solo adventure before Collins arrived.

A friend had given me a recipe (shared at the bottom of the post) for a drink that supposedly can help get your labor started. It was a four ingredient concoction that was disgusting but ultimately…worked. While we were out, we gathered the ingredients for the drink as I planned to make it later that day. When we got home, I decided to take a bath and soak for a little while. I washed my hair (so thankful I did this) and took my time getting ready. I then went downstairs and made the drink. This was around 2PM. I drank it all and boy was it GROSS. I immediately didn’t feel well. I laid down and FaceTimed my mom (because what else was I supposed to do) and told her what I had just done. Knowing how impatient I am, she just laughed and told me Collins would come when she was ready.

Around 5:30, I went downstairs and started talking to Chris. And by talking to him I mean I was getting upset with him because he didn’t put my food in the fridge like he obviously should have (pregnancy hormones…woah!) I turned to open the fridge and felt a huge GUSH. He said I looked up with the widest eyes and said “something just happened – I think my water broke”. Naturally he came back with “Are you sure you didn’t pee yourself?”, half joking. I went to the bathroom and was 100% sure my water had broken. Somehow I remained calm but it in that moment, everything I knew to do went out the window. Naturally, I called my mom and told her what happened and even asked her what do we do now?! As if I haven’t been preparing for this moment. Haha I remember laughing and thinking that this was it, we were about to have a baby! Chris went into full on panic mode. He was just so nervous and wanted to make sure we got to the hospital on time. We got everything into the car, kissed Birdie and made our way to the hospital. I don’t think Chris has ever driven so carefully and with a purpose in all his life. We got to the hospital around 6:30PM and were in our room and settled by 7PM.

A few months prior to giving birth I made the decision that I wanted to go epidural free for the delivery. I’m not opposed to it and told Chris over and over that “I was reserving my right to change my mind if needed”. I think once I got the idea in my head that I wanted to go this route, it was a now a challenge for me – insert competitive nature. I honestly just wanted to see if I could do it and I didn’t back down.

That was about the extent of my birth plan. I know how quickly things could change so I didn’t want to have this elaborate plan in place and be disappointed if something didn’t work in my favor. I’ve been really laid back this entire pregnancy so I wasn’t too worried about having a plan.

When I got to the hospital and got all set up on the monitors, I was dilated 2cm. My contractions were about 4-5 minutes apart. During the 7pm-8pm hour, my parents along with Anna arrived to help me through the laboring process. Chris and I decided that we wanted to do the pushing without anyone else in the room. I did want my mom and Anna with us in the room beforehand though. They have both been intricate parts of our journey to get pregnant from day one. I just needed my people with me. The calming sense that they both gave us while I was laboring was exactly what we needed.

The contractions were painful. They felt like the most intense period cramp times ten. Every time a contraction came around, I remember just saying to myself “pain with a purpose” over and over. I knew that the end was near. Around midnight, I was dilated 5cm. Within the next hour I was dilated to 8cm and that’s when we started the pushing process. My parents and Anna left around 1:30 and we started pushing shortly thereafter. We pushed for almost two hours but it honestly felt like 30 minutes (which I guess is best case scenario).

The worst part of pushing was that in between pushes, my contractions started spacing out. So I would push so hard and Collins would crown then I would have 2 minutes between my next contraction and she would go back into the birth canal. This happened for an hour. Finally, I pushed a few times harder than I could have ever imagine. I felt like I was bursting all the blood vessels in my eyes and every bone in my body was aching. The pain was so intense but as crazy as this is going to sound, I don’t fully remember it now. God probably planned that for women because why on earth would you want more kids if you could remember the intense pain during the delivery??

At 3:15AM on Monday, January 28, 2019, our sweet little Collins Sabina entered the world. I remember seeing her coming out and my first thought was that she had such a cone head (haha) but she was so beautiful and perfect. She was also incredibly alert and just looked around for a few seconds before she let out her first cry. What an amazing moment. All of my exhaustion and hard work to get her out was over and she was here! The doctors were all shocked that she weighed 7lb 12oz, as was I! Healthy was all I really cared about.

As they were cleaning her up, the doctor was working on delivering the placenta. During this time, I started to lose a lot of blood. Typically in a vaginal delivery, one loses around 500ml of blood and I was nearing 800ml of lost blood. They gave me medicine to help control the bleeding but the medicine along with the actual blood loss caused me to spike a fever of 102. Because of this, I was so exhausted that I could barely stay awake as we were doing skin to skin with Collins. It was the weirdest feeling. I wanted to hold and love on her but I couldn’t even keep my eyes open. They took her to the nursery to run her tests while I started to recover. Thankfully I was fine and once my fever went down, we were able to move rooms and were reunited with our babe.

Chris was unbelievable during this whole process. The midwife asked him to hold my leg while I was pushing and he jumped right in (although his plan all along had been to stay above the shoulders – haha). He was so encouraging and cheered me on the whole way. Once she was born, he was able to cut the umbilical cord and helped the nurses bath her. He even changed her first poopy diaper. They say that you fall in love with your husband all over again when he becomes a father and that couldn’t be more true. The way he looked at her in those first moments will forever be some of my favorite.

I’m also incredibly thankful that we had our photographer, Jessica in the room with us. She documented the whole process. I really wanted to be able to look back and remember everything about Collins’ delivery and I didn’t want Chris to miss something because he was trying to capture the moment. Jessica is a close friend from college so we knew her before the big day came. All the photos she took and the video she made is exactly what I was hoping for. If this is something you are on the fence about, I promise you will not regret it!

We stayed in the hospital for a few days and have been home loving on Collins for the past month – crazy to think it’s already been that long! Her birth was truly amazing and I thank God every single day for our little miracle.

Watch our Birth Video below:

This is the recipe for the concoction I drank the day I went into labor. I can’t promise it will do the same for you. If you have any concerns, make sure to check with your doctor first. Castor Oil alone can cause diarrhea so if you have a sensitive stomach, be extra cautious!

Thank you so much for your love and support as we have welcomed Collins into the world. A few similar posts that might be of interest are: 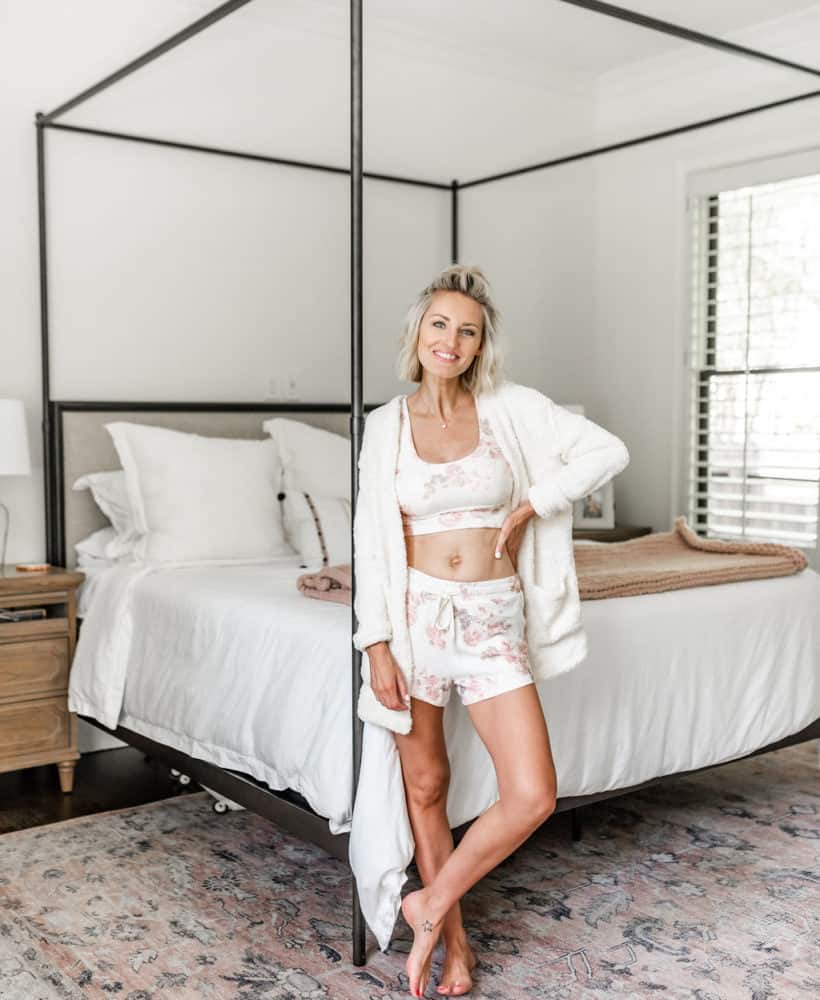 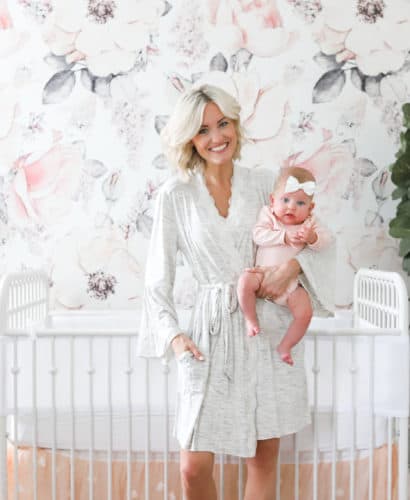 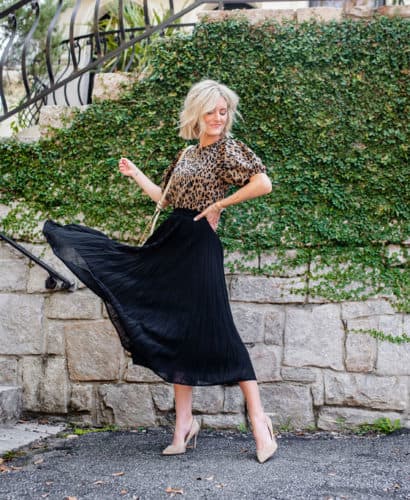 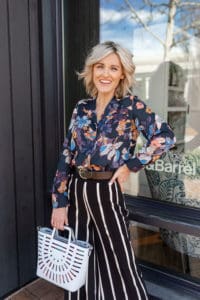